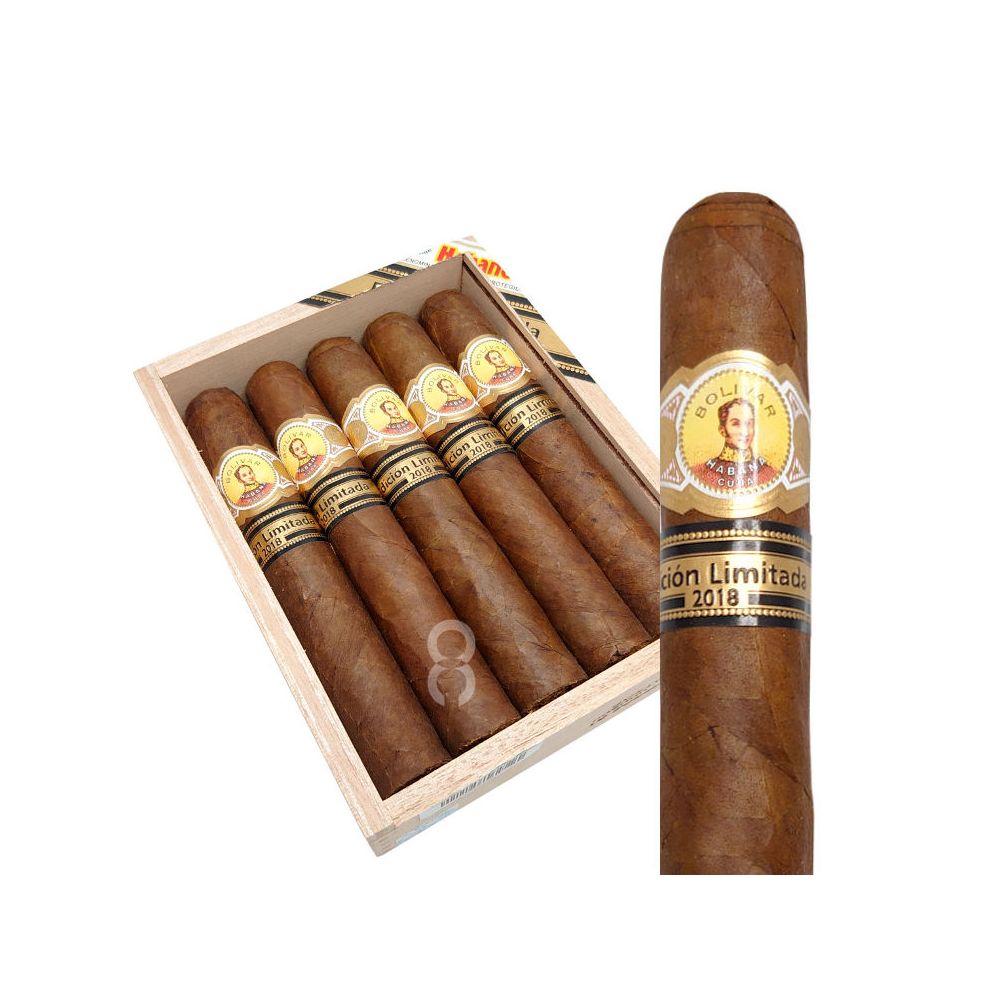 The Bolivar Soberanos Cigar is one of the three Limited Editions (Edicion Limitada) released in 2018, together with the Romeo y Julieta Tacos and H. Upmann Propios. It is characterised by its Maduro dark wrapper and the unmistakable Bolivar flavour.

Bolivar has only been selected on two previous occasions to be Habanos Limited Edition. This was the Petit Belicosos in 2009 and the Super Coronas in 2014.

The Soberano is presented in Slide Lid Boxes, more commonly known as cabinets, containing ten cigars and measures 5 1/2” (140mm) x 54 ring gauge . This vitola is known in the factories of Cuba as a “Duke” and was originally made famous by the much-loved 2009 Limited Edition Romeo y Julieta Duke.

“Sovereign “ is the literal translation of Soberano and this wide girth, full-bodied cigar seems a suitable powerful treasure to bear such a regal name.

Limited Edition cigars are made from specially selected tobacco leaves that have all been aged for a minimum of two years.

Reviews 3
Write Your Own Review