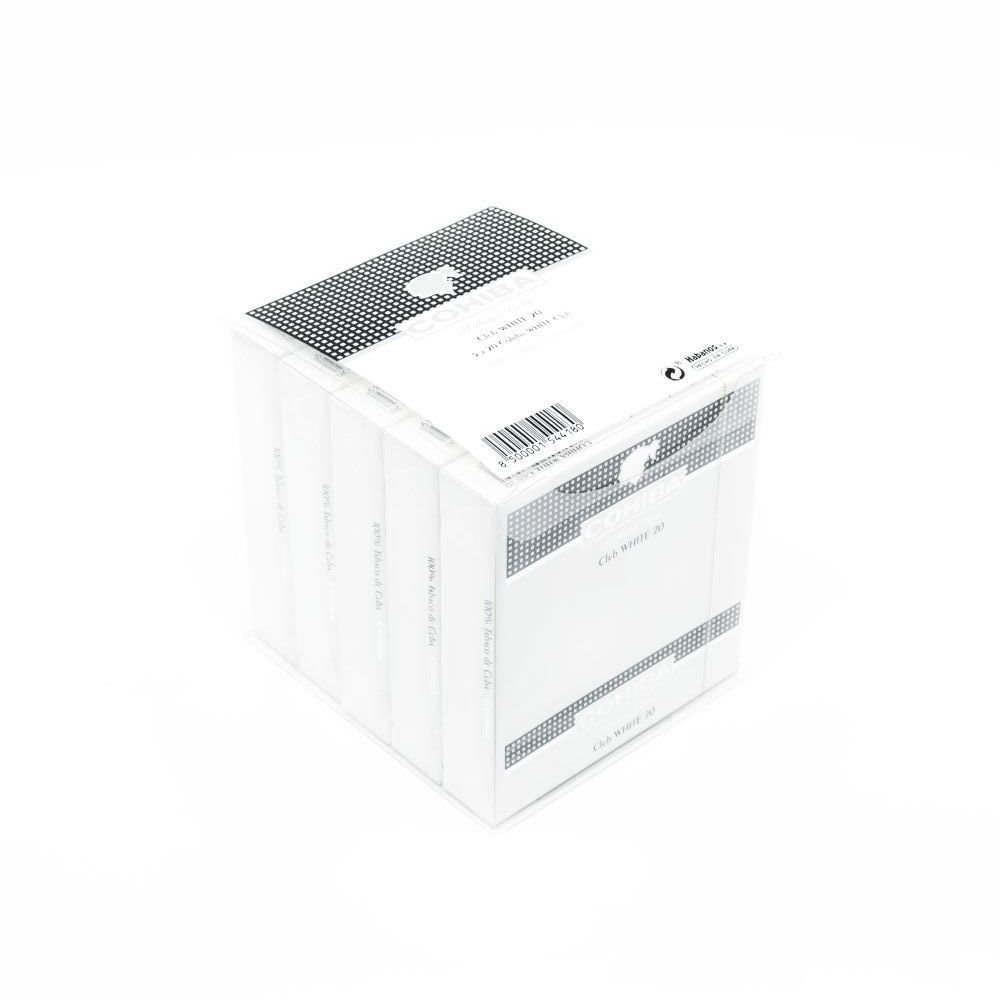 Cuban Club cigars make a great introduction to Cuban cigars or are often used for a quick smoke when there isn’t the time to commit to a full size Cigar. They offer more flavour than other cigars of the same size as they are made from the same Cuban tobacco leaves as the larger hand rolled Havana’s. All Cuban Miniature cigars are made from 100% un-processed tobacco leaf and you will not experience any chemical tastes as found in a cigarettes or cheaper mass produced cigars. All you will taste in a Cuban Club is Tobacco.

Cohiba White:
Cohiba are probably the most desirable and regarded cigar in the Cuban brands. The less intense Cohiba White is ideal for first thing in the morning or during breaks.

No cutter is required for the Cohiba Clubs.

Online Cigars is the best place to buy authentic Cuban cigars at the lowest price in the world. Shop online for genuine Habanos as well as top rated New-World cigars. Free shipping anywhere in the world available on every order. Delivery worldwide; to Europe & the UK, Canada, China, Hong Kong, Russia, Saudi Arabia, Australia and the rest of the world. All cigars shipped with a Boveda pouch direct from our walk-in humidor. We stock all the best Habanos cigars from brands such as Cohiba, Montecristo, Romeo y Julieta, Partagas and Bolivar. As well as favourite New World cigar brands such as Davidoff, Oliva, Nub, AJ Fernandez and Perdomo.