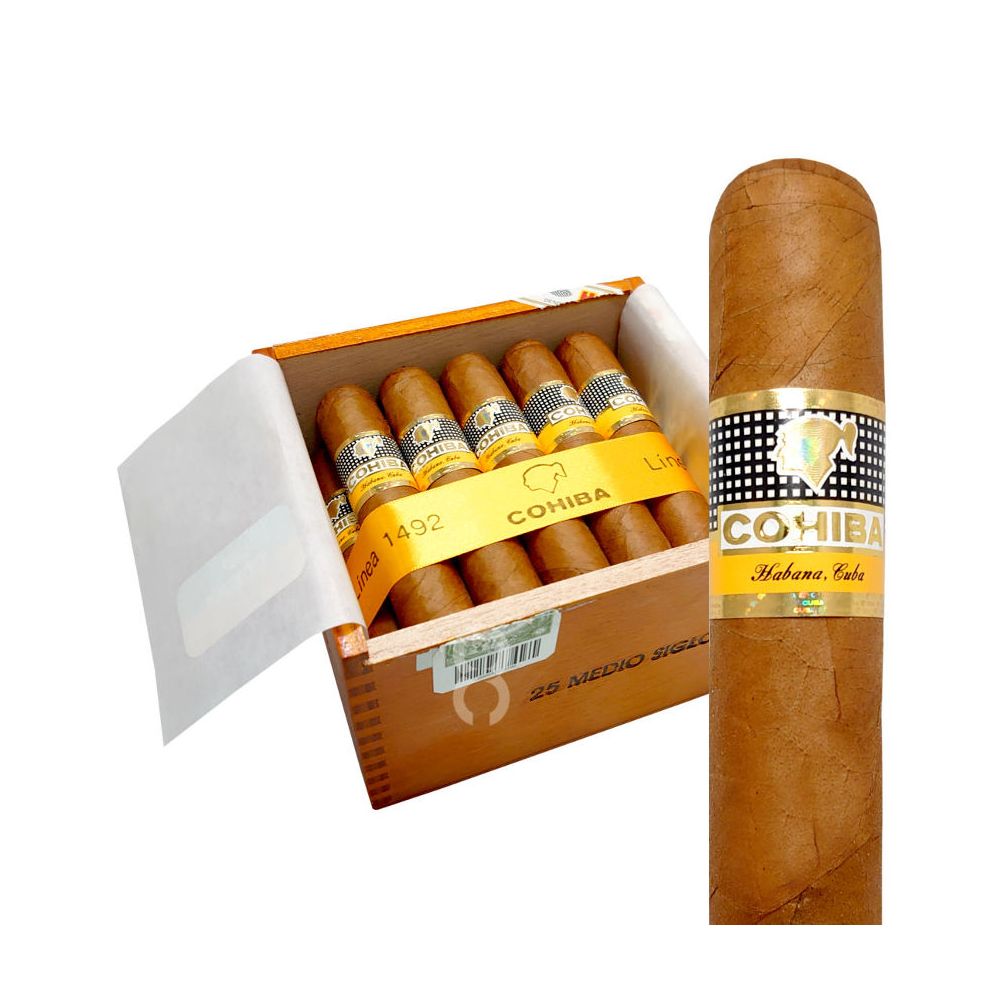 - Cigar Aficionado "A short robusto with a substantial draw and even burn. It starts out a bit peppery but becomes floral and creamy before developing nuttiness with a hint of cinnamon."

The half-century was a 50th-Anniversary release for Cohiba (1966-2016), joining their Siglo series (Linea 1492). It's diminutive stature (4") is contrasted with an outstanding reputation in critical approval, achieving 19th in CA's top 25 when it was released. Intrepid and understated, this bold adventurer is set for better places. Let's make him feel at home on the range.

Reviews 8
Write Your Own Review