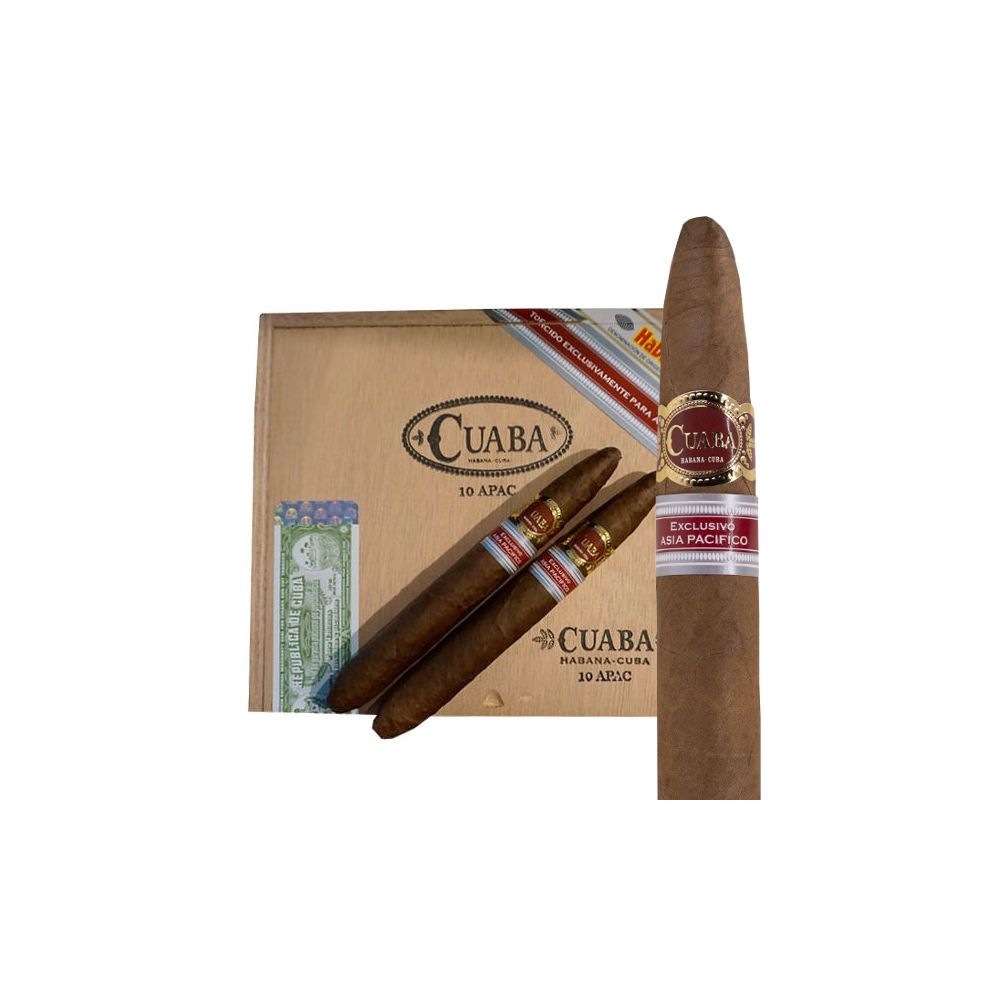 The Cuaba APAC is the regional edition for Asia Pacifico for 2022, it marks the first time Cuaba has been chosen to release a Regional Edition Habanos cigar.

The Cuaba APAC is the same size as the Partagás Presidente, as well as the Ramon Allones Perfectos Mexico Regional Edition.

Cuaba is a small and relatively young brand, first launched in 1996. Their 20th anniversary in 2016 was overshadowed by the 50th anniversary of Cohiba.