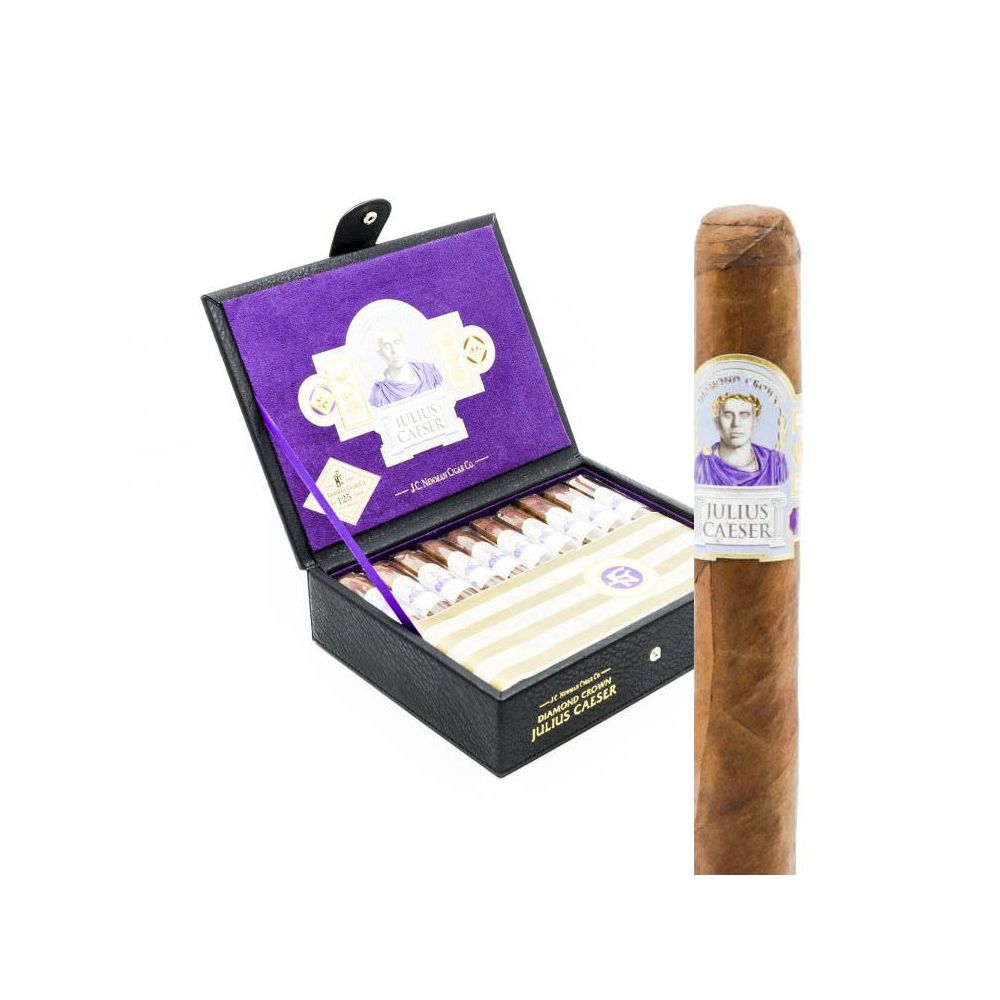 Skip to the beginning of the images gallery
Details
Wrapper: Ecuador
Binder: Dominican Republic
Filler: Dominican Republic
Born in 1875 in a small Hungarian village, Julius Newman and his family sailed across the Atlantic in 1888 in search of the American Dream. With no middle name, Julius was required to choose one before workers could complete his entry paperwork. Stumped, he solicited help from the immigration officer who suggested Caesar, after the great Roman. Julius relished in the thought of being named after a historic leader and conqueror but due to a typo by the attendant – Caeser was spelled with an “e”. Thus Julius  (J.C.) Newman,  citizen, was born.
In 2010, to celebrate J.C.’s 135th birthday and our company’s 115th anniversary, Diamond Crown Julius Caeser was released. Diamond Crown Julius Caeser cigars are meticulously rolled by hand in small batches by Tabacalera A. Fuente in the Dominican Republic. As with all Diamond Crown cigars, Julius Caeser is held to the highest standard of quality control.
You will discover that it is the especially flavorful Ecuadorian Havana-seed wrappers combined with a smooth, robust blend of fine Dominican binder, select Dominican and Central American filler tobaccos, carefully aged for five years, that gives Julius Caeser its bold, rich distinctive flavor.
RATINGS:
Cigar Aficionado: Top 25 Cigars of 2011 and 2014
Cigar & Spirits: Cigar of the Year 2017
Cigar Insider: 93
Cigar Journal: 94
Cigar Snob: 92
Smoke Magazine: 93
Reviews
Write Your Own Review