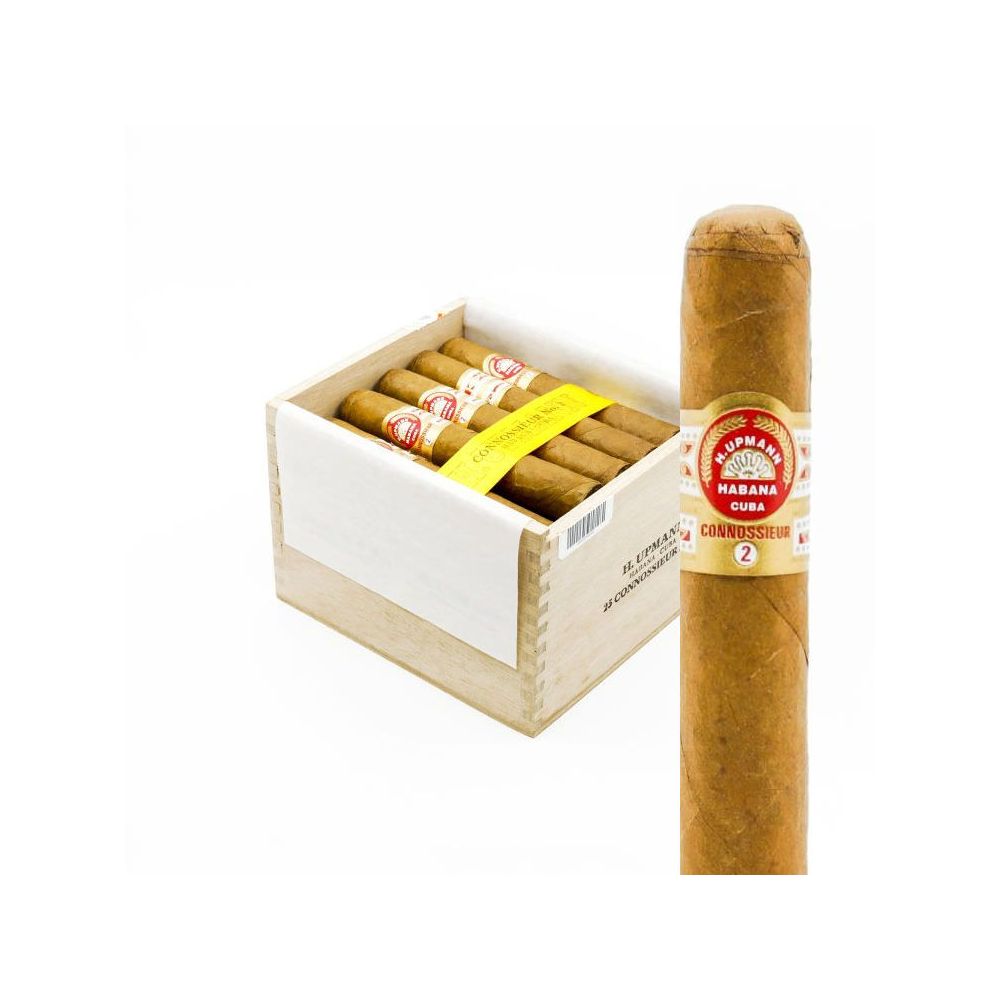 For over 150 years, H. Upmann has been famous for the exemplary balance offered by the blend of its light to medium bodied cigars. The new Connoisseur No.2 brings a modern touch to a much loved classic recipe.

Herman Upmann was a banker from Germany who so loved Cuban cigars that he moved to Havana in 1844 and set up as both banker and cigar maker. His bank closed in the early 1920's but his cigars live on as a fine example of an elegant,light to medium flavoured Habano.

Gold medals in no less than eleven international exhibitions during the 19th Century can be found on the brand's labelled boxes.