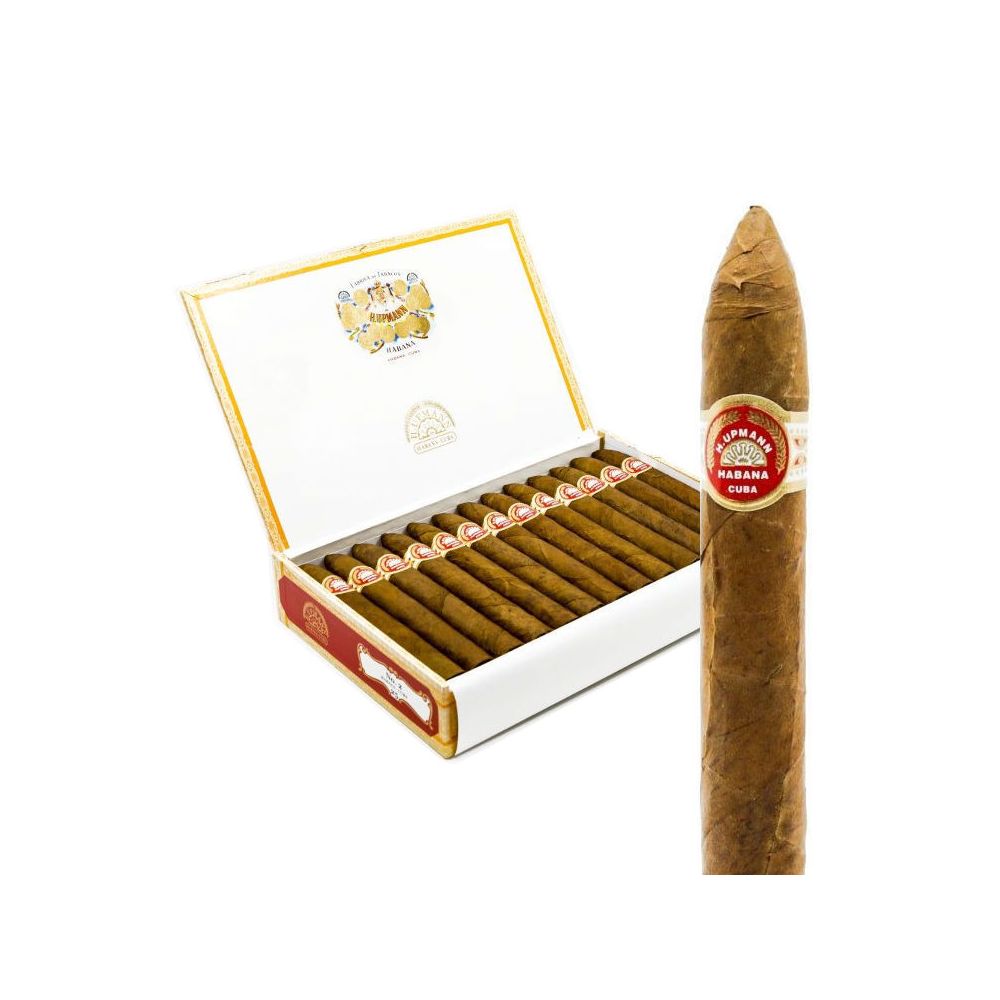 Cigar of the Year 2022
- Cigar Aficionado

"It might be one of the best-kept secrets in the Cuban cigar world, as the typical Cuban cigar smoker tends to overlook the H. Upmann No. 2 for its more popular counterpart, the Montecristo No. 2. Because the two cigars are rolled in the same pirámide format, comparisons are going to be inevitable. Both share the exact same dimensions, but they don’t have nearly the same star power. Some smokers tend to come around to Upmann after going through the more common Cuban standards, so it wouldn’t be an exaggeration to call the H. Upmann No. 2 an insider’s cigar. Nor would it be the first time that this cigar has made it to our Top 25 list, as we’ve often recognized it as a smoke of complexity, nuance and character. This year, we found the H. Upmann No. 2 to be the most exceptional cigar of 2022.

Like many Cuban cigar brands that are still on the market today, H. Upmann has a long history that spans more than 178 years and has managed to thrive despite changes in ownership, bankruptcy and a political revolution that resulted in H. Upmann becoming property of the state. To say it’s a survivor would be putting it mildly. The brand is an understated icon.

H. Upmann was started in 1844 by German banker and financier Hermann Upmann, who had owned and operated a branch in Havana and manufactured cigars as well. His bank eventually went insolvent and H. Upmann was acquired by British distribution company J. Frankau & Co. In 1937, the brand ended up with Menendez y Garcia, the same company that produced Montecristos. The enormous success of Montecristo is what allowed Menendez y Garcia to keep the H. Upmann brand alive. When Fidel Castro nationalized the cigar industry in 1960, H. Upmann became property of the state and has been owned by the government ever since.

Made in Havana, the H. Upmann No. 2 is sometimes misunderstood and dismissed as being too mild. It may not have been blended for strength, but smoking this cigar is a fully engaging experience with a room-filling aroma and mouth-filling texture that allows one to luxuriate in its layers of nutmeg, cinnamon and salted peanut flavor, all of which intensify, while, at the same time, showing a delicate floral quality that adds superb balance in a way that no other cigar this year could."

As old as the Cuban Missile Crisis, this substantial warhead is another official secret closely guarded by an insider's circle, while it's matching Montecristo is more widely-known. Smoky textures, roasted and toasted, combine with a sunburnt sweetness in this highly-regarded cigar. Great value for money, when you can get it. Here's your opportunity.