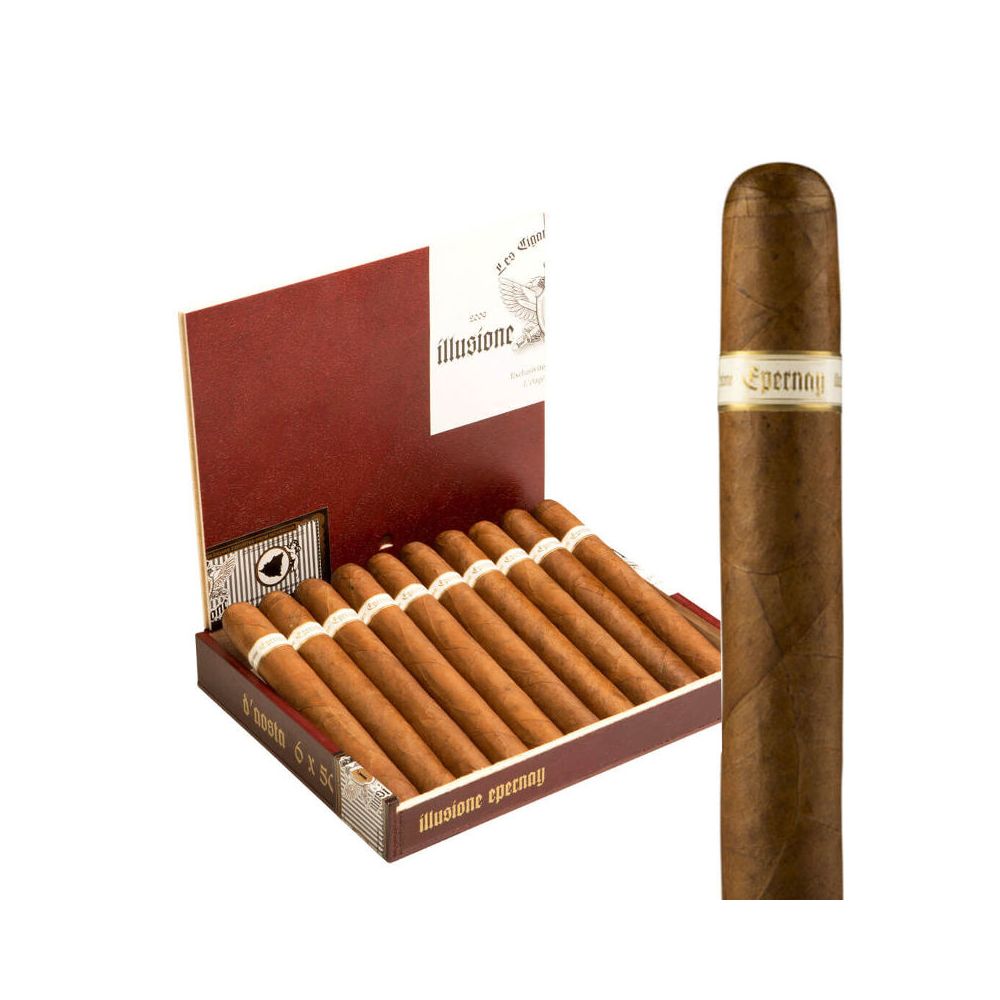 "The D'Aosta, with its luxurious layers of gingerbread, orange peel and caramel, marks the fourth time an Epernay has made it to the Top 25 list."

The Illusione Epernay series turned 10 years old in 2019, and to highlight this milestone, brand owner Dion Giolito released an extraordinary cigar: the 10th Anniversary D'Aosta, a typical toro size blended with atypical tobacco. Epernays aren't strong smokes, nor were they ever intended to be. Giolito wanted to stress refinement and subtlety over strength, so Epernays are made without ligero, the most powerful tobacco on the plant.

Rather, Epernays are made with lower-priming tobaccos to give each puff the elegant, effervescent qualities of a fine Champagne, hence the name (Epernay is named after the town in France's famed Champagne region). The blend for the 10th Anniversary D'Aosta is the same formulation of tobaccos as the rest of the line, save for a different binder to better showcase the filler. Unlike other Illusiones, which are made in Nicaragua, Epernays are produced in Honduras. At one time, the Illusione core line was made in Honduras as well, but Giolito moved production to Estelí.

Since Epernay's inception, however, Giolito believed that the Honduran Raices Cubanas factory understood the intricacies and logistics of the brand, so he kept Epernay where it was.