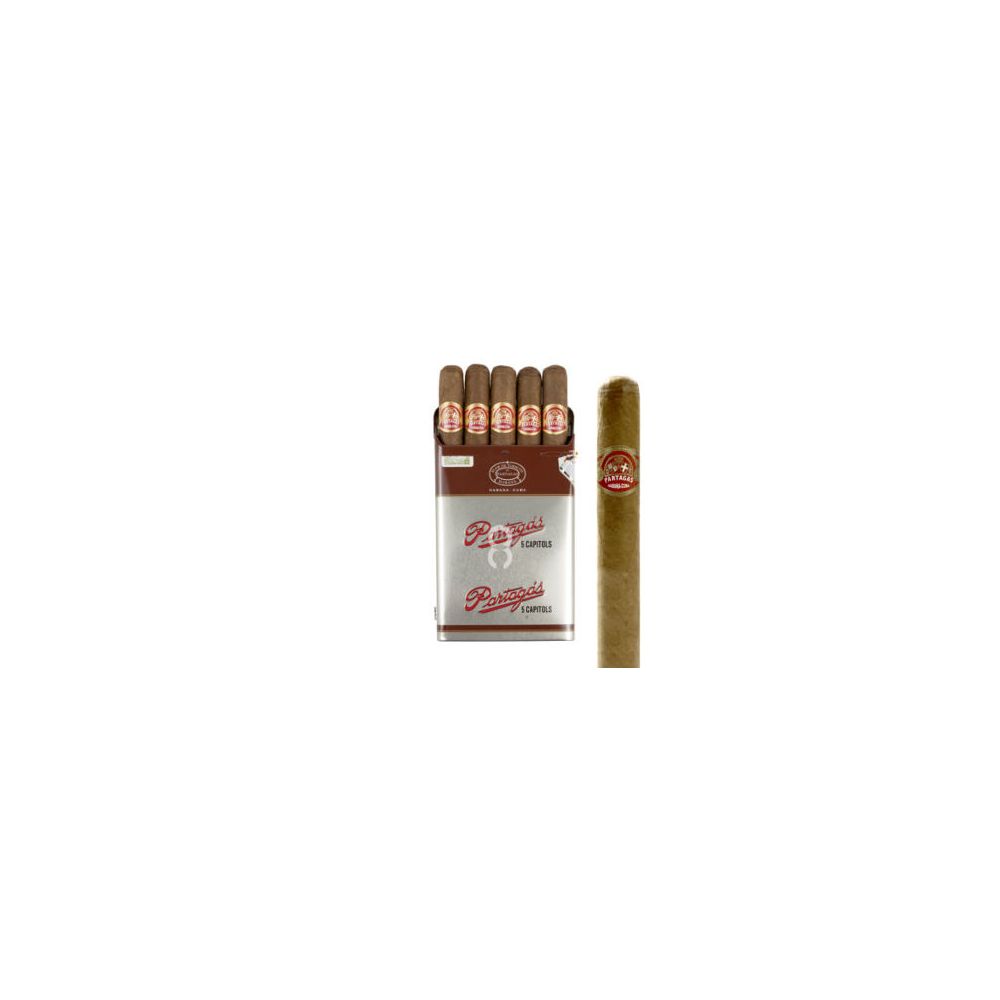 "Although not released very often by non-Cuban manufactures, the Marevas has always been one of my favorite vitolas, and the Partagás Capitols is a  great example of how the size can be utilized to its upmost potential. Rich and complex, the profile is dominated by a distinct sourdough flavor on the palate and a very nice floral sweetness on retrohale, along with a surprising amount of spice that stays at a fairly consistent level until the final puff."

The Partagas Capitols are the second release from the Habanos Retro Line, after the Romeo y Julieta Club Kings. Both cigars come presented in vintage style cigar tins.

The full box is a traditional wooden cigar box containing 10 of the tins neatly lined up inside.

This is the second version of the Partagás Capitols; the first of which was a machine-made cigar in a slightly different 5 1/8 x 40 vitola. It too was packed in tins, and was available prior to the Cuban Revolution until being officially discontinued in 2001.