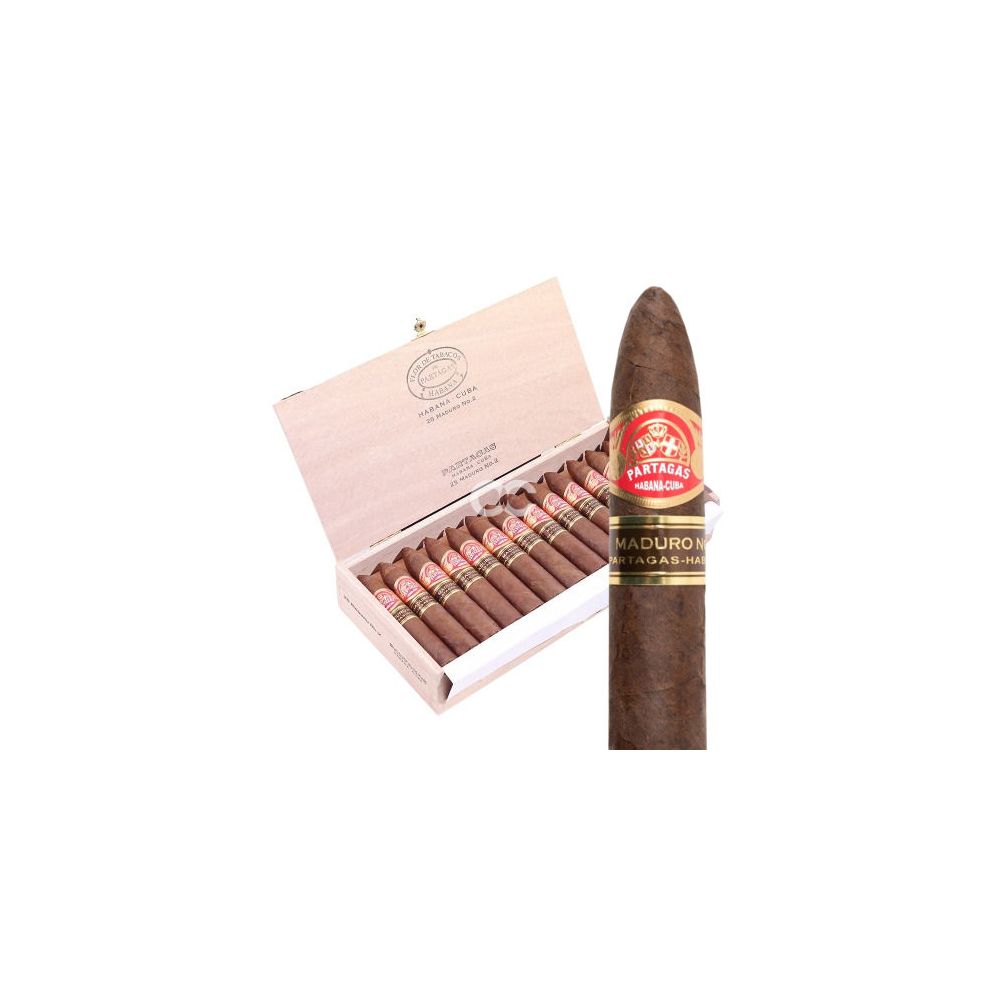 Partagas is one of the most famous and best cigar brands available in the world. Their full strength flavour makes them a real hit with seasoned aficionados looking to order cigars that pack more of a punch. The long awaited follow up to their range of dark wrapper cigars first released in 2015, the Partagas Linea Maduro, has finally been released to buy online.

Maduro is the word used for the darkest shade of wrapper leaf used on Cuban cigars. These leaves come from the top section of shade-grown tobacco plants, once air curing, natural fermentation and ageing has happened, they assume their rich, dark and oily appearance. This also adds more to the top notes in the taste which is often described as sweet.

The Partagas Maduro No. 2 is similar to the other cigars which bear the same name (such as the Montecristo No. 2, Partagas No. 2, Upmann No. 2 and Diplomatico No. 2, as well as the Montecristo Petit No. 2), but is it's own vitola. It of course is presented with the torpedo head but comes in at the same length as the Monte Petit No. 2 with a bit more added to the ring gauge too. This makes it a really interesting cigar as the shape allows you to get a big hit of smoke and experience all of the delicate flavours sometimes lost in the Partagas blend, but being a bit shorter in length, it should be enough to leave you wanting more, but not over do it.

We'll soon be wondering how we ever went without the Partagas Maduro No. 2.