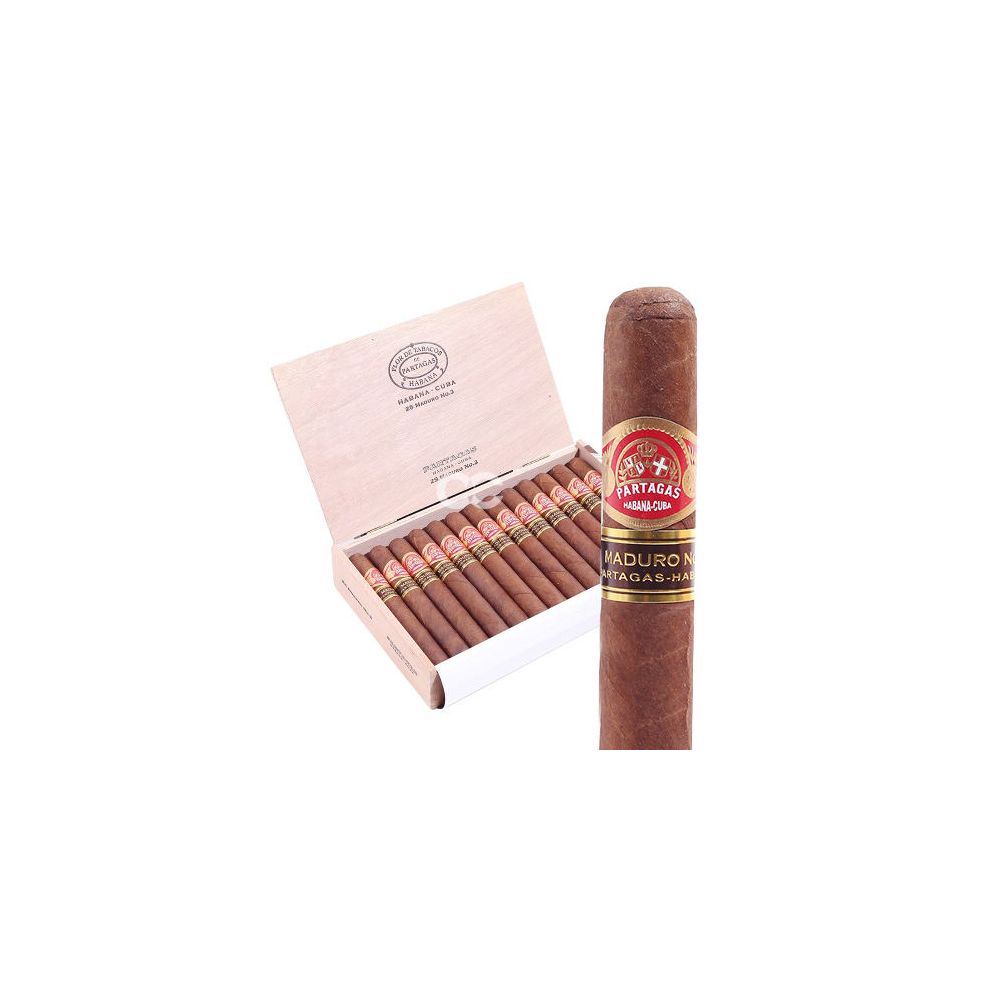 Partagas is one of the most famous and best cigar brands available in the world. Their full strength flavour makes them a real hit with seasoned aficionados looking to order cigars that pack more of a punch. The long awaited follow up to their range of dark wrapper cigars first released in 2015, the Partagas Linea Maduro, has finally been released to buy online.

Maduro is the word used for the darkest shade of wrapper leaf used on Cuban cigars. These leaves come from the top section of shade-grown tobacco plants, once air curing, natural fermentation and ageing has happened, they assume their rich, dark and oily appearance. This also adds more to the top notes in the taste which is often described as sweet.

What can be described as a long robusto, fans who loved the original Maduro No. 1 but were always left burning their fingers for those last few puffs