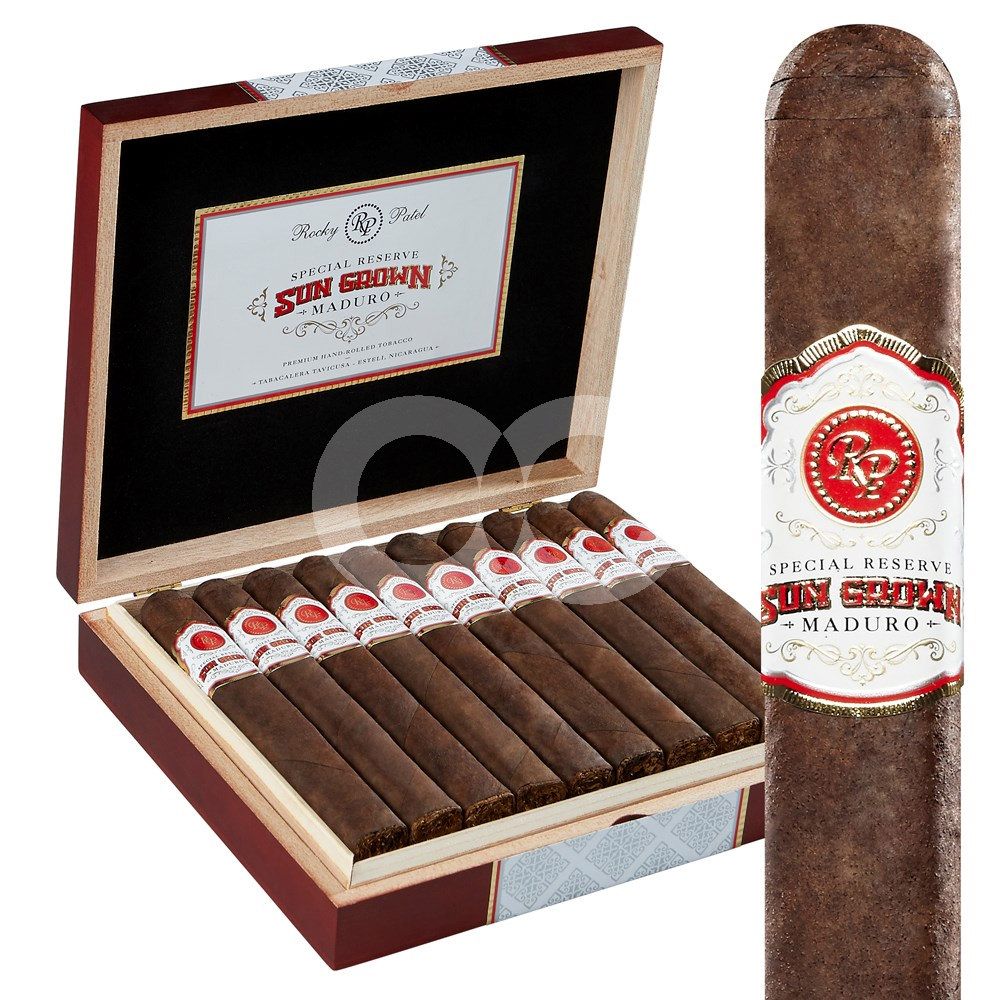 "The first Sun Grown was a dark cigar to begin with, but this more modern version has surpassed the original in every respect—it's darker, it's stronger and it's more complex. The cigars are also trunk-pressed, giving them an attractive appearance that hints at the bold blend of Nicaraguan tobacco under the broadleaf wrapper—and they harmonize beautifully, imparting earthy, nutty notes and bittersweet chocolate with the sweeter properties of the wrapper."

Made in our boutique factory situated in Estelí, Nicaragua, Sun Grown Maduro is a triple-capped, hand-bunched and hand-rolled cigar highlighted by an oily Broadleaf wrapper. This well-balanced stick captured notoriety in 2016 by earning the #2 ranking in Cigar Aficionado’s Top 25 Cigars of the Year. That accolade along with a 95-point rating have solidified the Sun Grown Maduro brand as Rocky’s Nicaraguan classic.