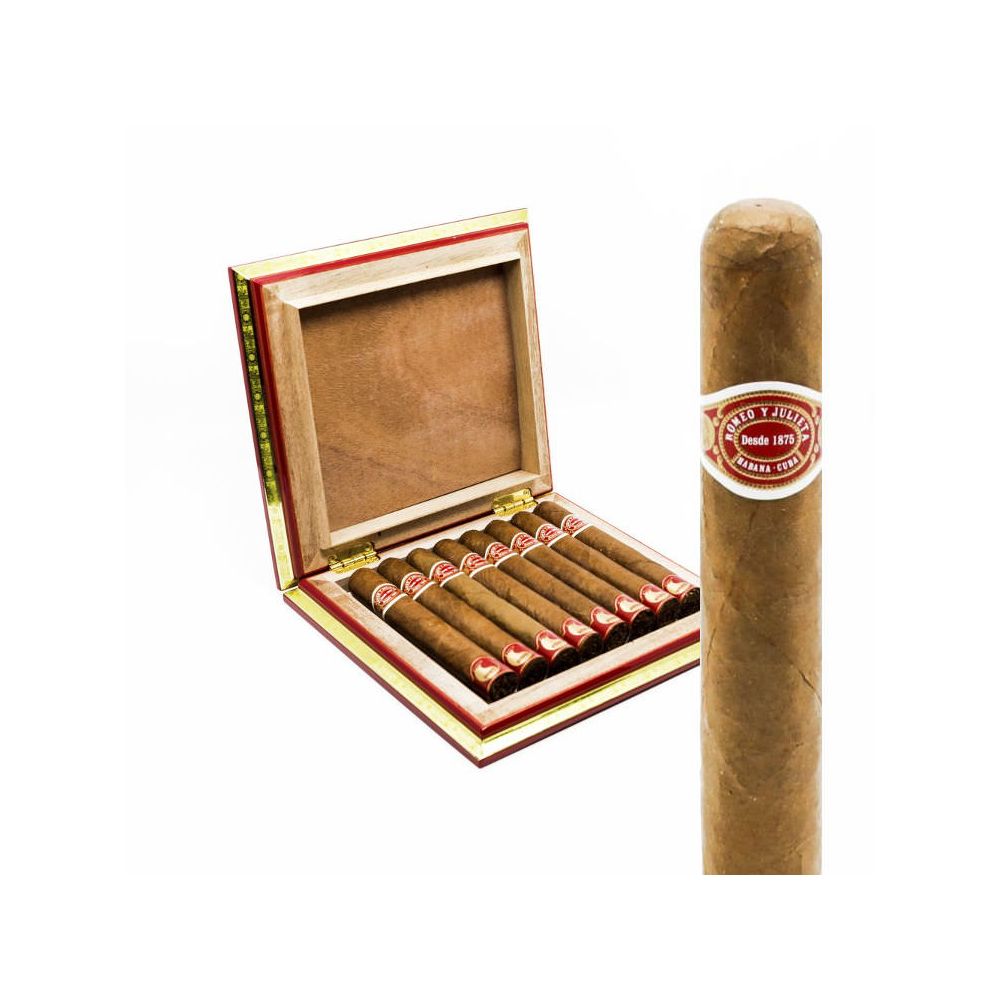 Skip to the beginning of the images gallery
Details
Habanos, S.A. through its Asia distributors, Pacific Cigar Co. and Infifon HK Ltd., presents its new special production, Romeo y Julieta Maravillas 8 (55 ring gauge x 155 mm length), to commemorate the coming Chinese New Year. A vitola chosen to celebrate this event with a limited edition. This launch is released in a case designed for the occasion that features the special engraving of a rat, the next Chinese New Year’s animal sign. This is an 8-unit box of Habanos made “Totalmente a Mano con Tripa Larga”– totally by hand with Long Filler, after a selection of wrapper, filler and binder leaves from the Vuelta Abajo area in the Pinar del Río region. Romeo y Julieta Maravillas 8, with its “vitola de galera” – factory name – “Maravillas No. 3”, was used in a limited edition in 2012 under the Montecristo brand. Year of the Rat: The rat is the first in the Chinese zodiac cycle. According to one myth, the Jade Emperor said the order would be decided by the order in which they arrived to his party. The Rat tricked the Ox into giving him a ride. Then, just as they arrived at the finish line, Rat jumped down and landed ahead of Ox, becoming first. Rats are clever and quick thinking - be like the rat, claim your box before they're gone! A great gift or special cigar for people born in the following years: 1924, 1936, 1948, 1960, 1972, 1984, 1996, 2008, 2020.
Reviews
Write Your Own Review